The 4th of July

For the first 15 or 20 years after the Declaration was written, people didn’t celebrate it much on any date. It was too new and too much else was happening in the young nation. By the 1790s, a time of bitter partisan conflicts, the Declaration had become controversial. One party, the Democratic-Republicans, admired Jefferson and the Declaration. But the other party, the Federalists, thought the Declaration was too French and too anti-British, which went against their current policies.

By 1817, John Adams complained in a letter that America seemed uninterested in its past. But that would soon change.

After the War of 1812, the Federalist party began to come apart and the new parties of the 1820s and 1830s all considered themselves inheritors of Jefferson and the Democratic-Republicans. Printed copies of the Declaration began to circulate again, all with the date July 4, 1776, listed at the top. The deaths of Thomas Jefferson and John Adams on July 4, 1826, may even have helped to promote the idea of July 4 as an important date to be celebrated.

Hence the 4th of July is a special day to us, a day when we celebrate our freedoms and liberties that we enjoy as American citizens living in this great land. It is true that since the first 4th of July in 1776 until today there have been ups and there have been downs, but God has shed his grace on us. 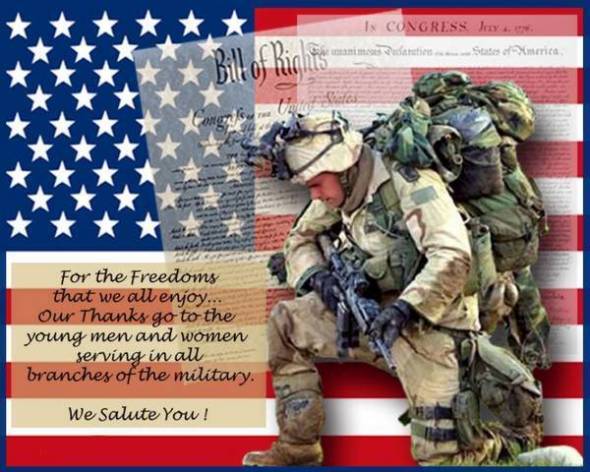 Security One would like to wish everyone a great and safe 4th of July, while also offering a huge thank you to all the many soldiers, both at home and abroad who defend our freedom everyday.

Thanks for visiting us at SecurityOneOnline.com

Sorry, the comment form is closed at this time.